Classical homeopathy is a method only practiced by a few healing practitioners and doctors. It isn’t only a therapeutic method but also a way of looking at the world. Its basic approach is holistic. It’s unique approach is to map and treat the individual on all levels: physical, psychological, emotional, mental.

The term homeopathy goes back to the Greek homios (similar) and pathos (suffering) and means “similar suffering”. The intellectual approach in contrast to allopathic medicine and other naturopathic treatments becomes evident: the condition of the sick person in his/her completeness and not the symptoms as a diagnosed disease are taken into account.

To understand the principles of homeopathy correctly we have to think about what disease actually is. The tendency to become ill is inbuilt in the physical existence. Disease is an expression of being alive, an expression of the constitutional distinctive feature of a person. This is why healing is also an expression according to this constitution. Both are needs for individuality and have to be considered under the viewpoint of the psychosomatic. There is no constitutional complaint which isn’t psychosomatic. Every living being succumbs to its own psychic patterns, which then are supported or hindered by its social environment.

Samuel Hahnemann (1755-1843) called the energy that makes an organism alive life force, life principle or ‘dynamis’. Is a person ill only this life force is disturbed due to the influence of a hostile dynamis, a pathogenic trigger. Hahnemann discovered that the visible external symptoms of a disease aren’t the real disease itself but only its visible expression. Due to the disturbed harmony of the vital force the path is prepared for all kinds of pathogenic agents. All irritations of body and soul can lead to a disease, which then expresses physically and/or psychologically. The approach to crude injuries and accidents is different although also there the life energy (dynamis) has often been irritated beforehand.

To bring the life force (dynamis) into balance again it needs an immaterial remedy accordingly and no crude chemical substances. Through the gradual dilution and trituration of a substance the essential characteristics of this remedy are brought into a state that leads to the unfoldment of dynamised forces. In classical homeopathy the patient is treated with such remedies. These remedies in their mother tincture would cause in a healthy person those symptoms which the sick person has – a similar complaint. Hahnemann discovered this when trying Peruvian bark on himself. After he took this substance he developed symptoms of malaria. Because it was known that malaria was treated with Peruvian bark he had the insight that substances which lead to symptoms in a healthy person will cure a sick person with those symptoms. Similia similibus curentur – to cure like by like. “To cure gently, quickly, certainly and permanently, choose in every case of disease a remedy that can manifest a similar complaint as it is meant to heal.” (S. Hahnemann, Organon der Heilkunst).

Similia similibus currentur is the main principle of classical homeopathy in contrast to homeopathic complex remedies or symptomatically used homeopathy where only the symptoms and not the whole person is treated. A medicine isn’t homeopathic because it is diluted, triturated and given in small doses but because it has been chosen according to the law of similars.

Every human being is the sum of his ancestors with his specific genetic pattern and thus needs for the cure of his chronic diseases his own particular genetic or constitutional remedy, as well as sometimes, referring to the infections of his ancestors a correspondent miasmatic remedy. 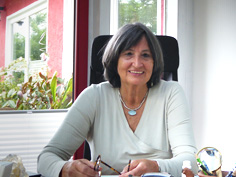 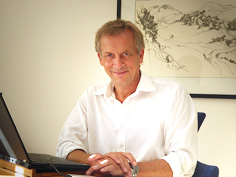 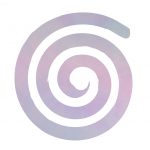