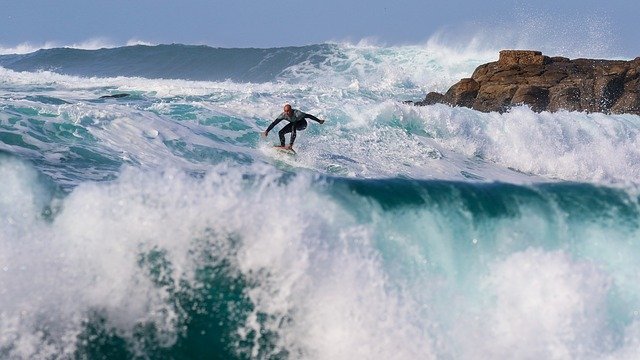 Moon and Sun are at 23°53’ Libra
opposite Mars (20°11’ Aries) and Lilith (29°29’ Aries), square Jupiter (19°11’ Capricorn), Pluto (22°31’ Capricorn) and Saturn (25°35’ Capricorn), conjunct the fixed stars Spica in the constellation of Virgo and Arcturus in the constellation of Bootes – or, if we go back to the Arabs who had an enormous Lion (Asad) extending over a third of the heavens, these two stars marking the shin-bones of that Lion.

This is another Moon activating the Mars/Lilith – Jupiter/Saturn/Pluto square, so another month for us to (as creatively and potently as possible) deal with these energies of tension, conflict, power struggles, responsibility, hindrances, delay, restriction, criticism, frustration, ruthless power / abuse of power, violence, irritation, rage, anger, irritability, impulsiveness, quarrels, hostility, jealousy, ego conflict, gender conflict… – whether we are confronted with them from the outside or from within.

And as it is a Perigee Moon (the Moon is close to the Earth and thus has a strong pull on the Earth’s magnetic Field) the whole energies are intensified. Tides are extra large, earth quakes and volcanic activity is possible. A Perigee Moon comes with a lot of wild energy – in nature as well as within ourselves. It has a magnified impact not only on tides, the weather but also our intentions. It is amplifying what we are feeling.

It is helpful to connect with these amplified energies through our attention and intention and to work consciously with these energies. To do this we need to stay centred, in our heart and womb, and to figure out how, in a healthy authentic creative active way, we can express these feelings.
It is also best to be honest and open and to be patient and not to rush into action / defence. If there is tension in your body, release it (sport, gardening, physical action, screaming, shaking, etc etc – be creative, explore your pallet).
Ask yourself: How can I express my aggression and female power? – as aggression and power in itself are not negative, quite the contrary. How can I pursue my deepest truest desires?

We are not separate of anything. We are in the midst of a huge change of consciousness. We are remembering who we truly are as humans. Ego conflicts and gender conflicts only occur when we feel/think ourselves separate from creation and forget that the other also is androgynous, has a female and a male aspect, and is also part of creation.

The Sabian Symbol for 24 Libra is “A THIRD WING ON THE LEFT SIDE OF A BUTTERFLY. This Symbol can show imbalances of many kinds; physical, mental, spiritual or emotional. Understanding and accepting fragility and differences in our self and others can give greater empathy for those who have difficulty operating efficiently in the world. When the transformation into full potential occurs, it is wonderful, however, you may feel that you are unnaturally developed or somehow lopsided in the emotive, intuitive realms. Instinct may swamp logic or logic may take from instinct or intuition. Physically, one side of your body could work more efficiently or smoothly than the other. It helps to try to regain balance and equilibrium – try finding that still space in the middle. Creative overbalance. Oddities. Beautiful imperfections. One side being more perfect than the other. Being light and flippant. Savants. Bodily impairments and handicaps. The Caution: Unrealistic reliance on being different. Obsession with strange things. Flapping around and not getting anywhere. Restlessness, nervousness. Lopsidedness.”

A great way to deal with Mars/Lilith in Aries – especially now while Mars is in Opposition to the Sun – is to spend time exploring the sacred warrior-pair within, the sacred masculine warrior and the sacred feminine warrioress. The warrior who is in balance, who acts from that still space in his/her middle and follows the pure healthy impulses to do something for the higher good, for the Earth, for the community.

I like the image of Spica and Arcturus being the shin bones. We can ask ourselves:
How would I, as a sacred warrior, a sacred human (made of sacred feminine and masculine) walk, strive, move forward, pursue my deepest desire which is linked with what the world needs most right now?!
How when aligned with this do I deal with limitations and power abusers?
What is my call to restore Cosmic Justice for all and to catalyse the change which is unfolding right now, so that domination, manipulation and control stop being the defining energies of our world?

The square to Jupiter-Saturn-Pluto demands that we are willing to surrender and let die what is no longer useful and of service and to commit to taking responsibility for our inspired vision for the greater good and to taking decisive action accordingly. New structures can only grow once the old ones are gone. We have to make space. Space for the big shift to take place which is happening now on planet Earth. Ideally we allow this shift to take place in us first.

We have been conditioned for centuries if not millennia to blaming, shaming and complaining about others and how our leaders and those who are in positions of power are getting it wrong. We have been conditioned to be in the role of the victim, without power, without sovereignty. These times now ask us to step up and to take responsibility for the reality that we’ve been creating for ourselves, for what we are experiencing both personally and collectively, and to begin the transformative work. Change starts within. The creation of changes in the outer world naturally follows the changes we have created within ourselves.