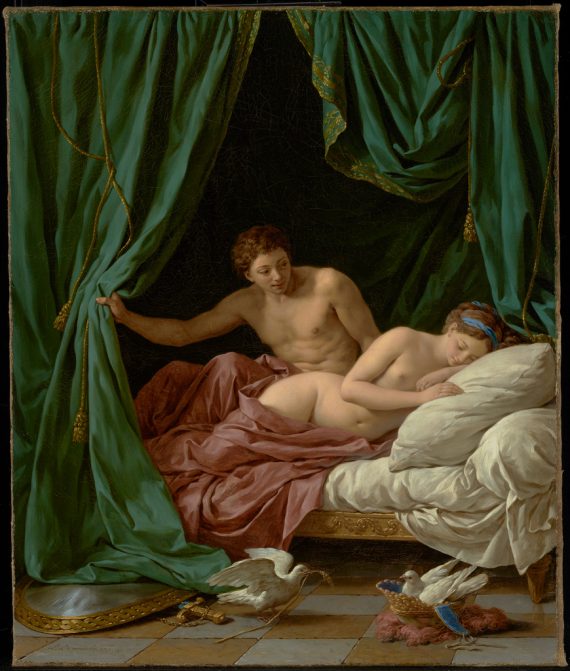 Allgemein, Sternenhimmel Nicoline Eicke23. June 201923. June 2019No Comments on Mars and Venus in the underworld – a rare tryst

In every Venus cycle, after she has gone through the seventh gate, Innan/Venus is dying in the underworld. From 8th July till 19th September Venus isn’t visible anymore in the sky.

On 1st July (9.50 pm) the last Moon-Venus conjunction (27.53 Gemini) occurs before Venus disappears from the sky on 8th July (06.23 Cancer). This eighth conjunction, which doesn’t happen in every Venus cycle, represents another gate on Inanna‘s way into the underworld.
The eighth gate is the so called gate of intent. Deep deep in the underworld Inanna is meeting her deepest fears. She surrenders, agrees to be put on the hook, to die and to rot. She realises in the confrontation with her sister Ereshkigal that she has no chance against her, i.e. against her own deepest darkest wildest and abysmal aspects.

This initiation, if happening in a Venus cycle, is in itself a powerful special time. This year it is even more special because Mars enters the underworld as well (17th July; 10.05 Leo) and meets Venus there on 24th August (4.08 Virgo).
From 22nd July till 16th September Venus und Mars move within 10 degrees together in the underworld. A long rendezvous, for us behind closed doors.

During this time we are asked to confront our deepest fears which we have of equal relationships – instead of running away from them, like we usually do in our daily life. We are asked to give up our identity by own intent and to engage with the utter emptiness and meaninglessness. If we are ready to die, if we are willing to say good bye to our fears, a profound transformation is possible and we can create ourselves anew. Only then (when we have changed inside) it is possible to create new relationship structures (in the outside).

In the underworld Sun is with Venus on 13th August (21.11 Leo) und with Mars on 2nd September (09.41 Virgo).
When Venus und Mars meet the Sun they are birthing new expressions of the female and male principle. In the heart of the Sun all false and constricting ideologies we have regarding relationships are burned. All old well known norms which are not functioning anymore are left behind. So that we can birth new concepts and relationship ideals.

The conjunction in the midst of the Sun reminds of rituals that last many days like the Sun Dance and the O-kee-pa ceremony. In the underworld it’s all about the shamanic death and rebirth. It is time for total surrender, complete powerlessness, to consciously hand oneself over to the spirits, to develop more humbleness and maturity. 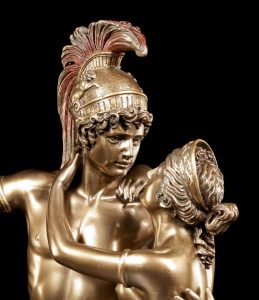 The current Mars cycle started in Aquarius, the current Venus cycle in Libra. When the Aquarius god meets the Libra goddess we are dealing with
• equality and consciousness
• ideals and concepts (air signs)
• connections (Libra) and liberation  (Aquarius)

While our carcass is hanging on the hook we are confronted with the tension between our desire for independence and freedom versus our need for healthy bonds with others. Whatever our personal experiences will be, they help us to see the traumas of our ancestors more clearly and more consciously. The traumas where the personal expression had been sacrificed for the higher good of the community. They also help us to recognise what we need to heal this in us. Our personal experiences can also help us to heal those cultural wounds where the bonds with the Earth have been destroyed by patriarchal gods without considering the individual, the culture and Mother Earth.

The next weeks invite us to look in depth at our „power over…“ structures between the masculine and feminine. Which dynamics are we willing to let die and be reborn? I invite you to often find time to pause, to create your personal Sun Dance. Helpful questions are:
How do the feminine and masculine archetypes show up in my life?
Is one of them louder, more dominant, more attention seeking?
Do they work together, in harmony?
Am I willing to express both energies in their totality and sovereignty?
How can authentic relationships free me?
How can this holy connection give me greater access to my own creativity?

Allow your cells to respond to this: Aquarius Mars in his total power, Libra Venus in her total power… and both entering a relationship…  Both creating new ways of relating… Both willing to meet the other in a new way – with love, respect, dignity, and acceptance of the values the other brings into the relationship. Both confirming their co-creative relationship which connects them in a conscious way and which honours the gifts both bring into it.

After nearly three month Venus returns as evening star on 19th September on the western horizon. Mars stays a bit longer in the underworld and returns as „morning star“ on 16th October.

Mars and Venus in the underworld – a rare tryst